You can find on this page the Germany satellite map to print and to download in PDF. The Germany map from satellite presents new pictures of Germany as seen from the sky in Europe.
With comprehensive destination gazetteer, the satellite map enables to explore Germany through detailed satellite imagery fast and easy as never before. 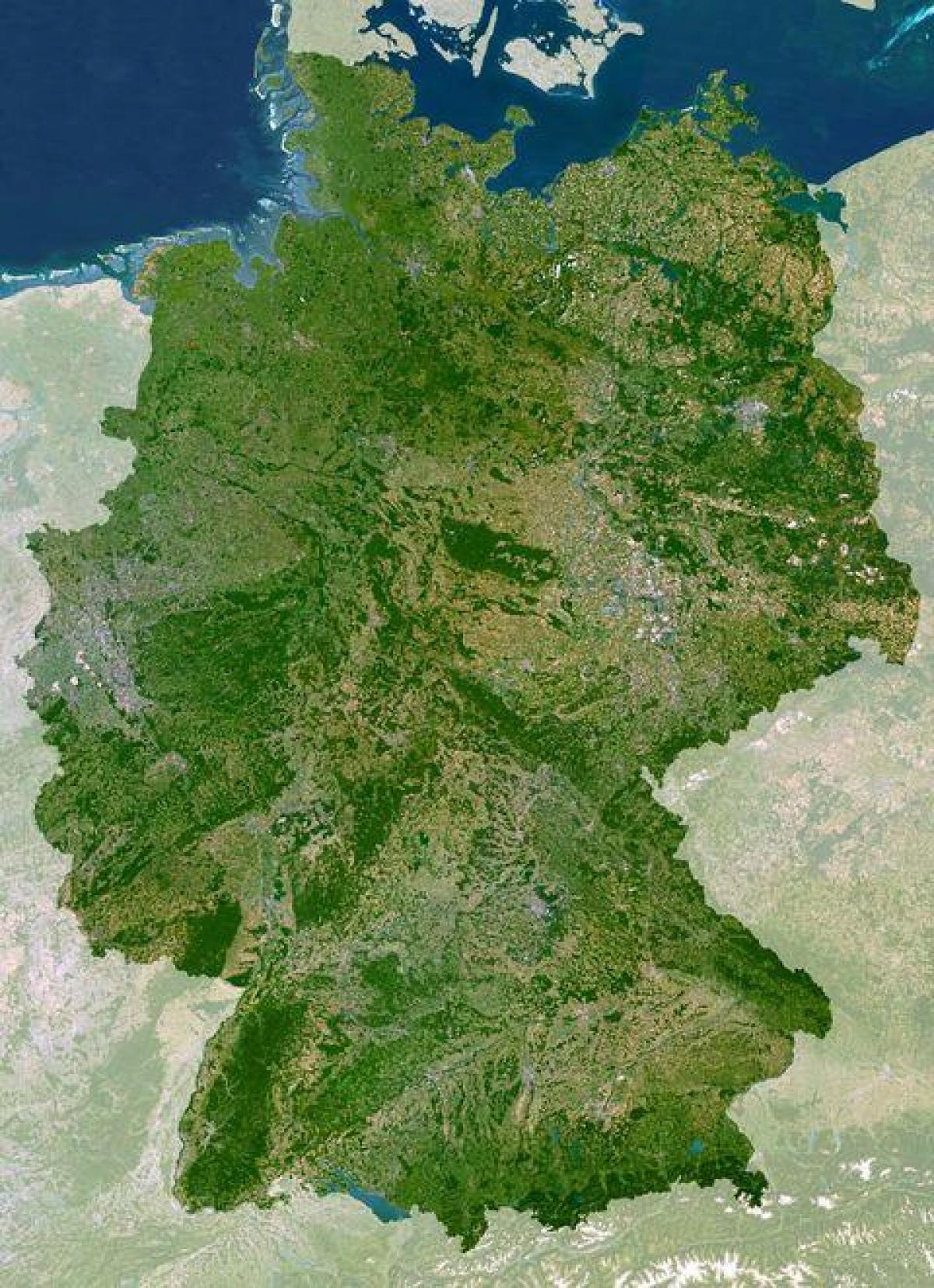 Map of Germany from satellite

The satellite map is showing Germany as a country located in central Europe and bounded by the Baltic Sea, the North sea and Denmark in north, by the Netherlands, Belgium, Luxembourg, and France in west, Switzerland and Austria in south, the Czech Republic and Poland in east, and it shares maritime borders with Sweden, and the United Kingdom as its shown in Germany satellite map.

The forested uplands of central Germany and the lowlands of northern Germany (lowest point: Wilstermarsch at 3.54 metres / 11.6 feet below sea level) are traversed by such major rivers as the Rhine, Danube and Elbe as you can see in Germany satellite map. Glaciers as on satellite image are found in the Alpine region, but are experiencing deglaciation.